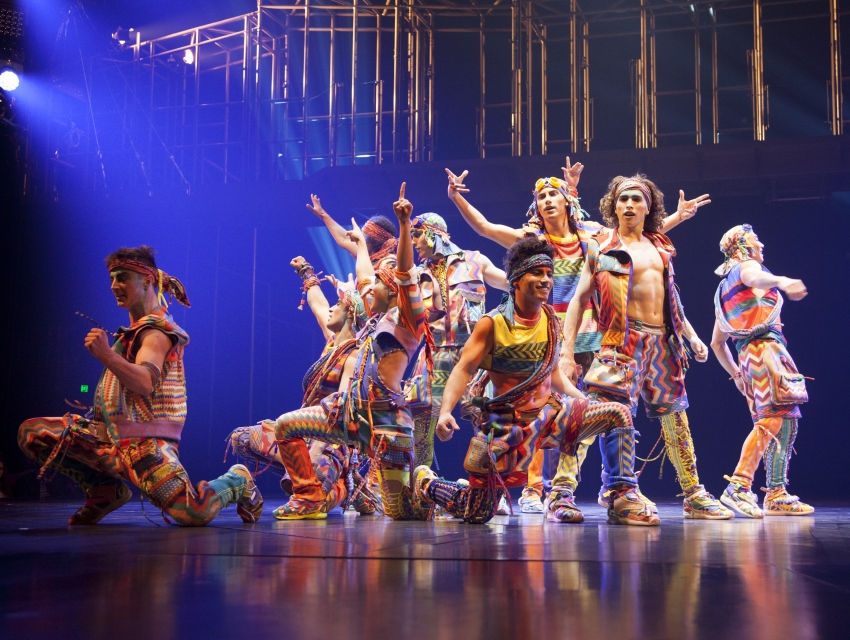 You can’t talk about Grand Chapiteau without talking about the community it’s nestled between. That’s why our story begins with Tysons Corner in its humble origins as a farming community at the intersection of Route 7 and Route 123. At the time, this community, appropriately named because of it’s small and intimate feel, was centered around a single general store that serviced the community. At the time, many members of the community thought that Tyson’s Corner would always be a quiet little corner in Virginia, but as you can guess, time changed those plans.

In the 1960s, the community shed its rural identity when the Capital Beltway and Dulles Airport were built close by. All of a sudden, Tyson’s Corner saw frequent visitors moving through, in, and out of the community to respond to the growing commercial needs. This led to the 1962 decision by the Fairfax County Board of Supervisors to approve the Tysons Corner Shopping Center, which is now called Tysons Corner Center. Tysons Corner Shopping Center would officially open six years later.

During this time, there was a gradual shift in business that, in the 70s and 80s, led to business functions shifting from downtown to suburbs. This led Tysons to become a major center for employment and retail services which created over 100,000 jobs. With these job openings and placements, the community needed to be built up to accommodate the growing population. That’s why, in 2009, Phase 1 of the Dulles Corridor Metrorail Project began to expand on the famous Maryland Metro system to allow fast and affordable transportation for job seekers and shoppers.

The following year, in 2010, Fairfax County created the Tysons Comprehensive Plan, which was focused on transforming Tysons into a place where families could live, work, and play. The project has a projected completion time of 2050. This initiative was aided in 2014 when the Metro Silver line transit system was completed, connecting Tysons Corner to one of the most thorough and far-reaching mass transit systems in the country. Expansion continued around this time and into today, including the welcoming of the Cirque du Soleil -Volta inside of the Grand Chapiteau, bringing world-class entertainment to a community that started around a humble little general store over 40 years ago.

Today, Tysons Corner and the Tysons Partnerships that support it has the goal of turning Tysons into the next great American city. The Tysons Comprehensive Plan is determined to create a city that represents the uniqueness of Tysons while providing a rich atmosphere that a community can thrive within. The Plan and the Tysons Partnership makes their decisions based on their values.

It’s easy to see why Tyson’s Corner Project is one of the most exciting projects on either side of the country.

For more information on the Grand Chapiteau – Lerner Town Square these additional pages may be useful to you:

Ticket Policies:
Read about the special ticket guarantee and refund policies when purchasing from tickets via this website.

Sign up for our newsletter and get $5 off your first order!
You will also recieve a monthly “What’s On Guide” to your email!